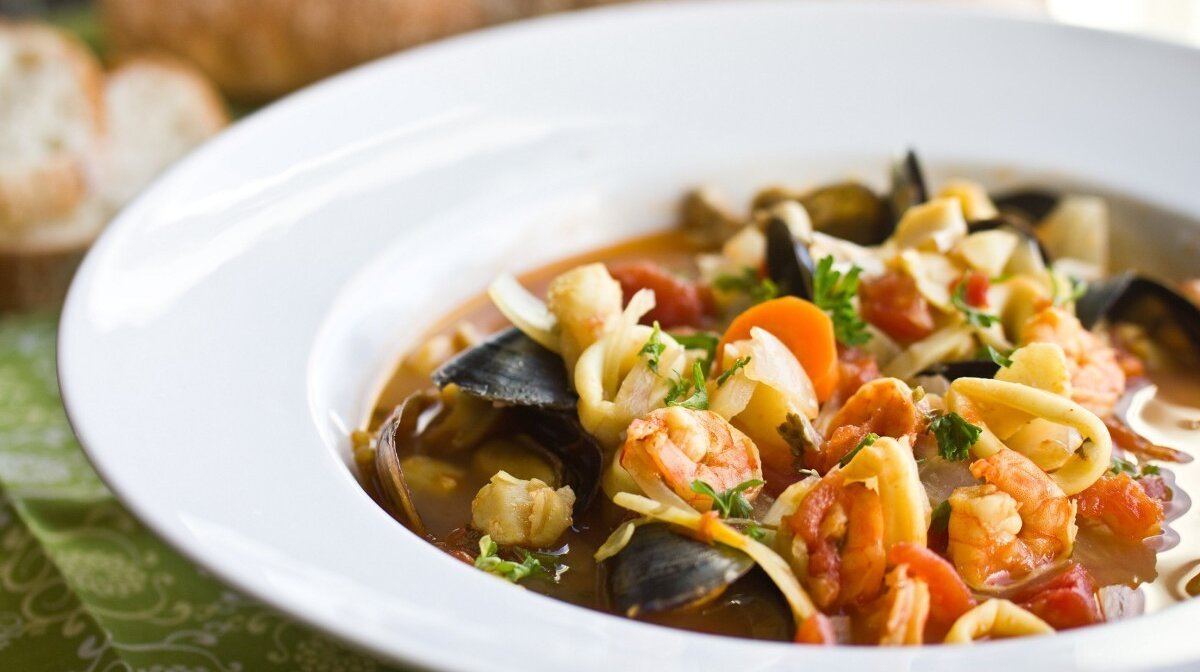 Originally a dish made by the Marseille fishermen with boney rockfish that they were unable to sell at market, it has now become on of the best loved and most popular dishes along the French Riviera.

Bouillabaisse is different from many other fish soups due to the selection of Provençal herbs and spices in the broth; the use of bony local Mediterranean fish; the way the fish are added one at a time, and brought to a boil; and the also method of serving.

For locals, its appeal lies as much in the flavour as in the ceremonial of serving and eating it: first the broth, then the fish flesh, and the copious quantities of croutons and rouille (a spicy, saffron garnish). Generally there will be a minimum of four types of fresh fish (there is no consensus on a definitive list) cooked in a rockfish stock with onions, tomatoes, garlic, saffron and herbs.

The rouille is a spicy mayonnaise, spread on thick slices of bread and floated on the bouillabaisse when it served. Made with an egg yolk, two cloves of garlic, a cup of olive oil, and ten pistils of saffron, and seasoned with salt and Cayenne pepper, it in itself is a local speciality.