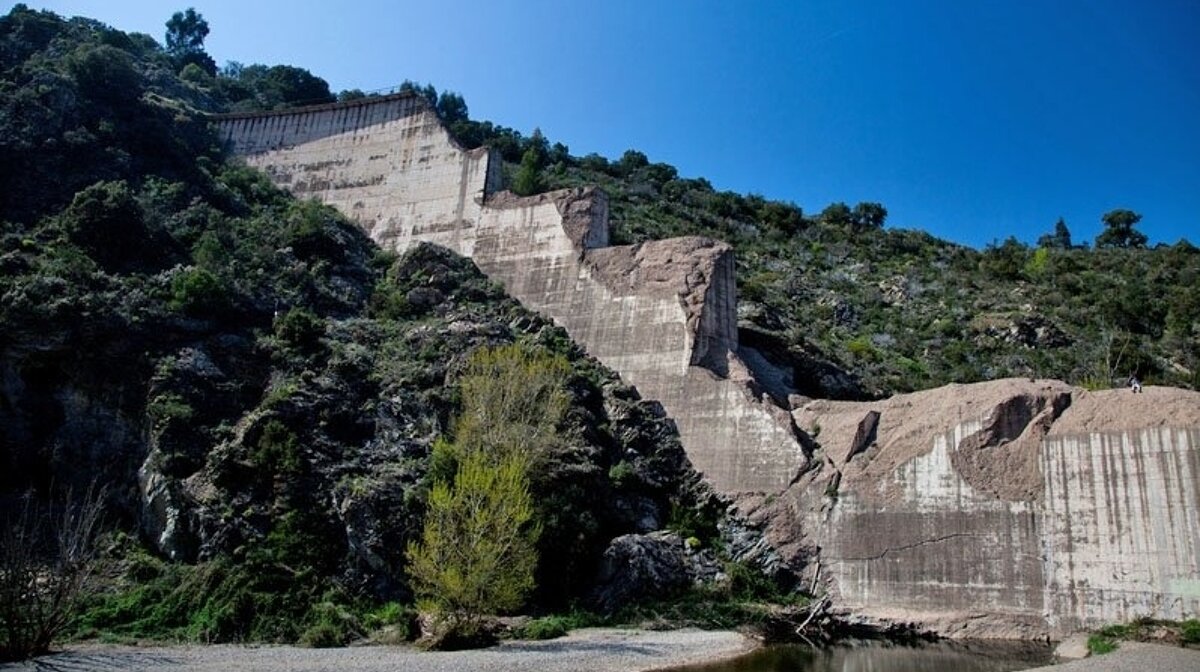 A view of the ruins of the dam

The Malpasset Dam is known for the disaster it caused on the 2nd December, 1959. Today it is the end point of hike leading up to the ruins.

The dam was built just after the Second World War in order to establish a reserve of water for crop irrigation in the Var department. Rainfall in the area was, and still is, very irregular and post-war food production was essential. The Valley of Reyane was chosen as although dry in the summer months and it would come in spate during the winter. The dam was opened in 1954.

Unfortunately, during the years that followed, the rains were insufficient and they failed to fill the dam to full capacity. But in 1959, they had torrential rains and water levels rose too quickly in the dam for the controls to be performed normally. The dam gave way on December 2nd, 1959 at 21:13. A huge wave of 40 meters rushed down the valley at a speed of 70 km/h, destroying everything in its path until it flowed into the sea in Fréjus, 20 minutes later. The disaster killed 423 people, and destroyed 2.5 km of railway tracks, 500 farms and 80,000 hectolitres of wine.

Today you can visit the remains of the dam, huge cement blocks weighing more than 600 tons which are an impressive reminder of the disaster. There is a 800m path that takes you across the site.

Take the exit on route D37, the dam is about 3 kms away, after the town of Reyran.