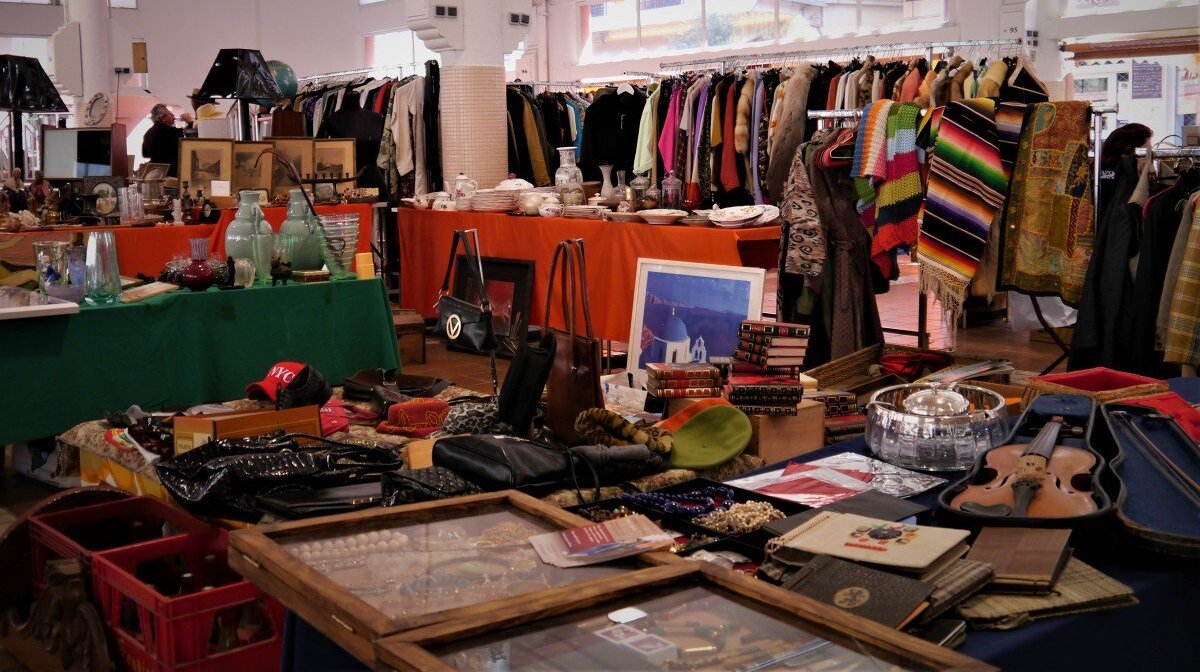 Market days are a way of life in Provence and the Cote d'Azur. They originated in the 12th century, when farmers and craftsmen would come to nearest market town to sell their wares, or engage in bartering agreements.

Not much has changed since those days - the market is still the place to come for locally grown produce of all shapes & sizes.

Check our Events Calender to find out the dates and times of markets and other events throughout the year.

You can expect to find two common types of market in the Cannes region, the farmers market and the Provencal market.

The farmers market
This is where you'll find the fruit and vegetable of the local region on sale, plus meat from the butcher, bread and cakes from the baker, cheeses, herbs and spices. Anything to do with food really! This is the kind of market that all the larger villages offer. Prices tend to be higher than you would find in the supermarket, but the taste and the quality of market-bought goods simply does not compare. The climate in Provence lends itself so beautifully to farming that much of the produce in the market is organically grown and likely to have been picked the day before.

The Provencal market (Marche Provencal)
These markets tend to be much larger, with all the fresh produce described above, with the addition of clothing, fabrics (napkins and tablecloths are most popular), ceramics and other local crafts, costume jewellery, leather goods, the list goes on...

Flea markets
Flea markets are also popular - they are known as Marche aux Puces or La Brocante (secondhand goods). They tend to occur once a month at selected locations, usually on a Sunday. 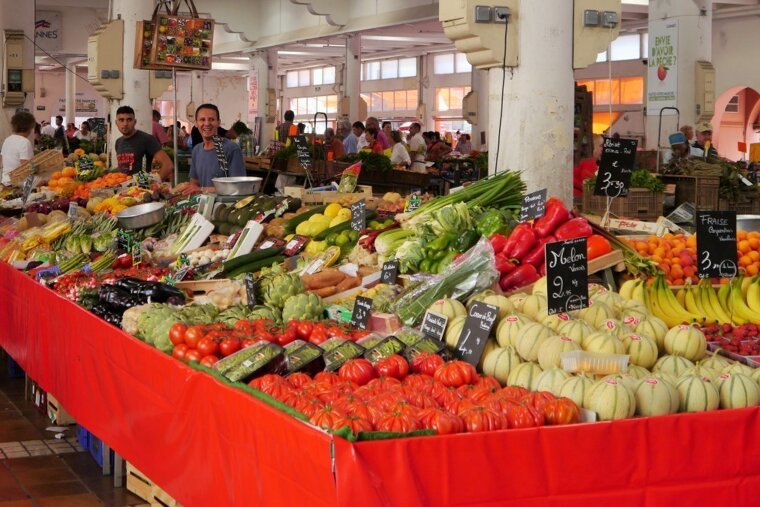 Marche Forville
This covered market can be found at the bottom of Le Suquet district and is one of the best in the Riviera. At the Marche Forville uou can stop for refreshments at one of the small bars on the premises or pick up a roast chicken from one of the rotisseries. Also part of the market is a large area dedicated to flowers which adds a wonderful scent to the hall. The hall becomes a flea market (Marche Brocante) on Mondays and offers endless rummaging through fantastic stalls.

La Bocca
Another daily market with fish, flowers, fruit and veg and delicious deli counters is hosted in neighbouring Cannes la Bocca - La Bocca market. There are also butchers, bakeries and a great chocolate shop around the market, as well as bars and restaurants.

Marche de la Truffe
An annual truffle market hosted in the nearby village of Grasse. Organised by the union of the truffle of the Maritime Alps and the city of Grasse, it takes place every year at the Bastide Saint Antoine and welcomes all lovers of truffles. A weekend of gourmet meals and truffle markets, alongside agricultural shows and demonstrations from the truffle dogs! Check our events calendar for dates.

La Grande Braderie
Another annual event is Cannes is La Grande Braderie - a market of a completely different style. The streets of Cannes become a sales market, with more from all around town bringing their end-of-summer bargains out. It takes place once a year at the end of summer, normally in October or November and is the perfect place to bag a bargain!

Marche Nocturne
During the summer months many of the towns around Cannes will also host a Marche Nocturne (night markets), selling local produce, handicrafts and providing plenty of food and drink. The main ones to look out for during July and August are Les Nocturnes du Quai Saint-Pierre Market and Les Nocturnes Boccassiennes Market.

Check our Events Calender to find more markets in Cannes.