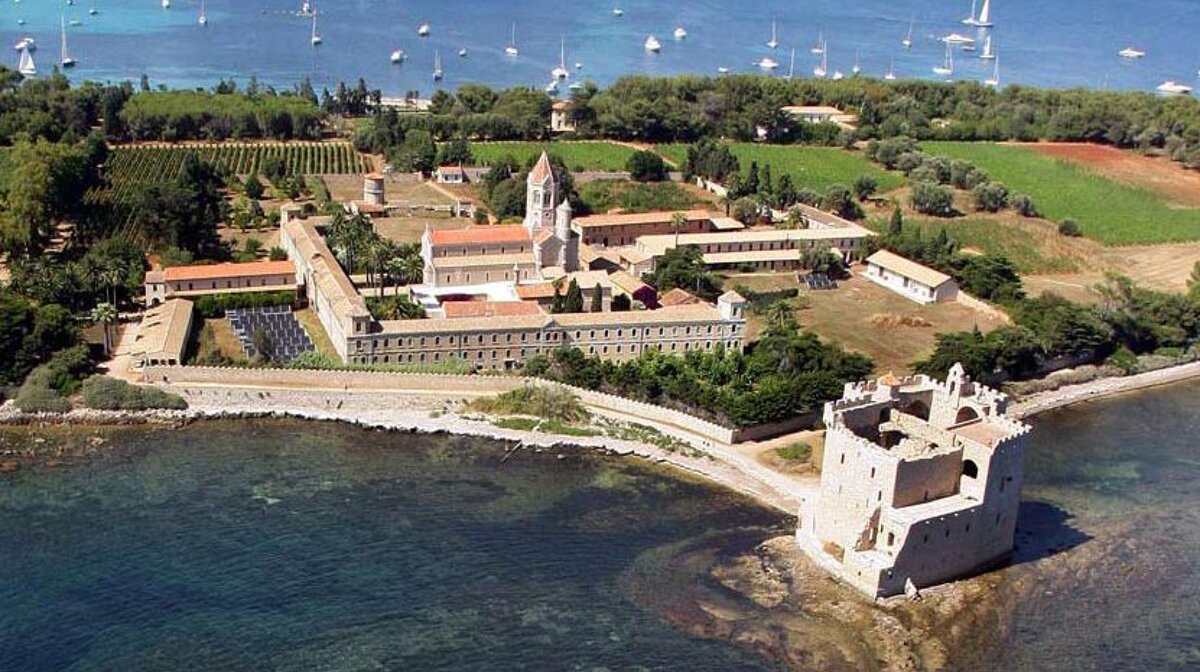 The small island off the coast of Cannes was uninhabited until Saint Honoratus founded a monastery on it sometime around the year 410. The island has seen many invaders who over the years have driven out and even massacred the Monks, but they have returned and today the island is home to 30 Cistercian monks.

The island is a popular tourist attraction offering pleasant woodland surroundings. The island has a number of disused chapels erected by monks and the Abbey of Lerins and the 15th century fortified monastery are open to visitors. The Monks also produce wine and honey on the island that is available to buy.

For more information on how to reach the island click here.

From the ferry terminal follow to the right (west) the wide walkway that encircles the island. At the far western end you will find the St. Caprais chapel, rebuilt in 1993 on the medieval remains of walls. Following the path east along the south of the island the walkway goes under shady crooked pines that protect the vines from the onshore winds, and also house the statue of St. Anthony and the St. Peter Chapel.

After visiting the monastery and the surrounding vineyards continue along the sea along a large wall to reach the eastern tip of the island, facing the small rocky island of St. Fereol. In a secret clearing in the middle of some shady pine woods you can find the Trinity Chapel, turned into a fortress by the Spaniards in 1635. Returning back to the coastal path, follow it west back towards the starting point.