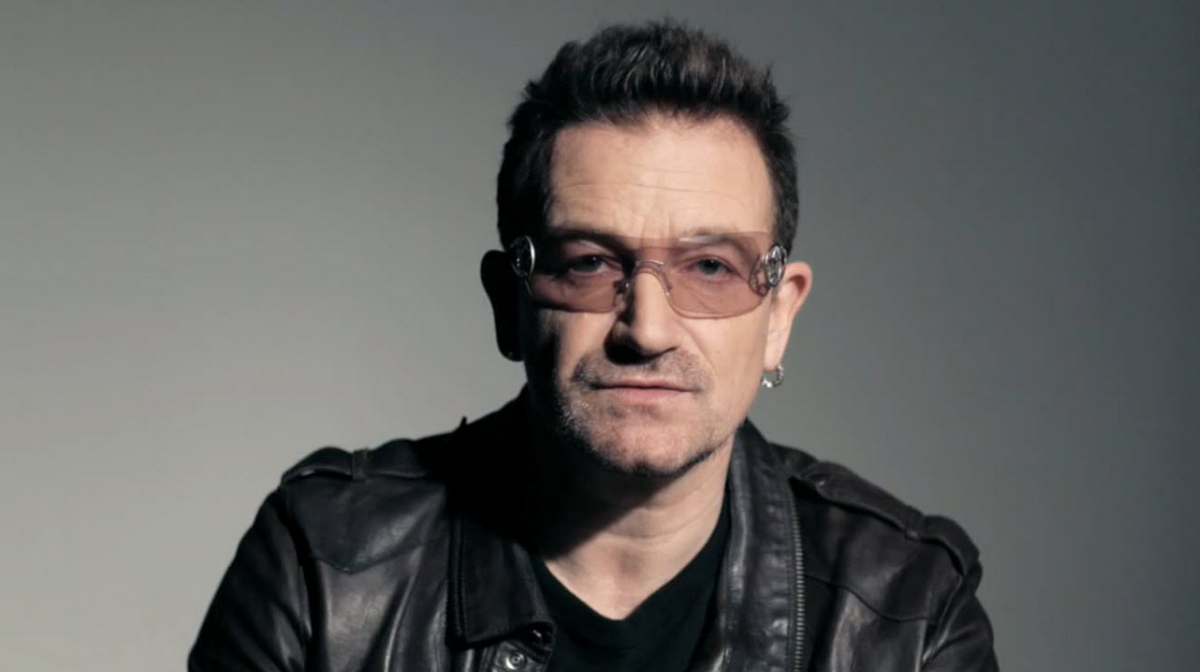 Bono, front man of U2 is a common sight on the French Riviera. Everyone who lives here seems to have seen him at some point- whether partying in a fashionable beach clubs in Saint Tropez, having a quiet drink in a bar in a bar in Antibes, or strolling along the beach of Eze-sur-Mer, the village where he has his mansion. He’s certainly not hard to spot, with those trademark clear glasses.

He is one of the Riviera’s most famous resident musicians- and wildly successful, with a personal fortune of around 700 million.  Born Paul David Hewson in Dublin on 10 May 1960, he met the members of U2 and his wife at school- and both have stood the test of time. The band was formed in 1976 and has not looked back, while his wife Alison Hewson reportedly still considers herself very lucky indeed to be ‘Mrs Bono’.

In Eze-sur-Mer, he and his U2 bandmate The Edge bought a distinctive sea-front coral mansion at the reported price of 3.3 million euro. The four storey villa has a private beach (bien sur!) and was also the scene for the Electrical Storm video.

If you catch the train line from Nice, you will pass the back of the mansion on your way to Monaco- the train line passes right behind the villa as the train rattles along beside the glittering sea. Eze is a popular spot for the famous; Julian Lennon has a villa there, while Walt Disney and Fredrich Nietzsche have also walked the cobbled streets- in fact the steep climb from the beach up to Eze village proper is named Chemin de Nietzsche.

There is often a cluster of paparazzi hanging around the gates to the U2 mansion in summertime, and no wonder, for Brad and Angelina stayed here during her pregnancy in 2008, and other famous visitors include Robert de Niro, George Clooney, Cindy Crawford, Penelope Cruz, Javier Bardem and Queen Rania of Jordan.

While well-known for his charity work, Bono is not averse to spending his money- his 140ft superyacht Cyan is rumoured to have cost around 15 million euro- and you can charter this rock star yacht too, if you have a spare 200 0000 per week (and no, that doesn’t cover food.  Or fuel. Or tips.)

So when the press attention gets too much, he can just hop on his yacht and head out to the glittering sea- of course there’s a grand piano on board if he gets the urge to play a tune.