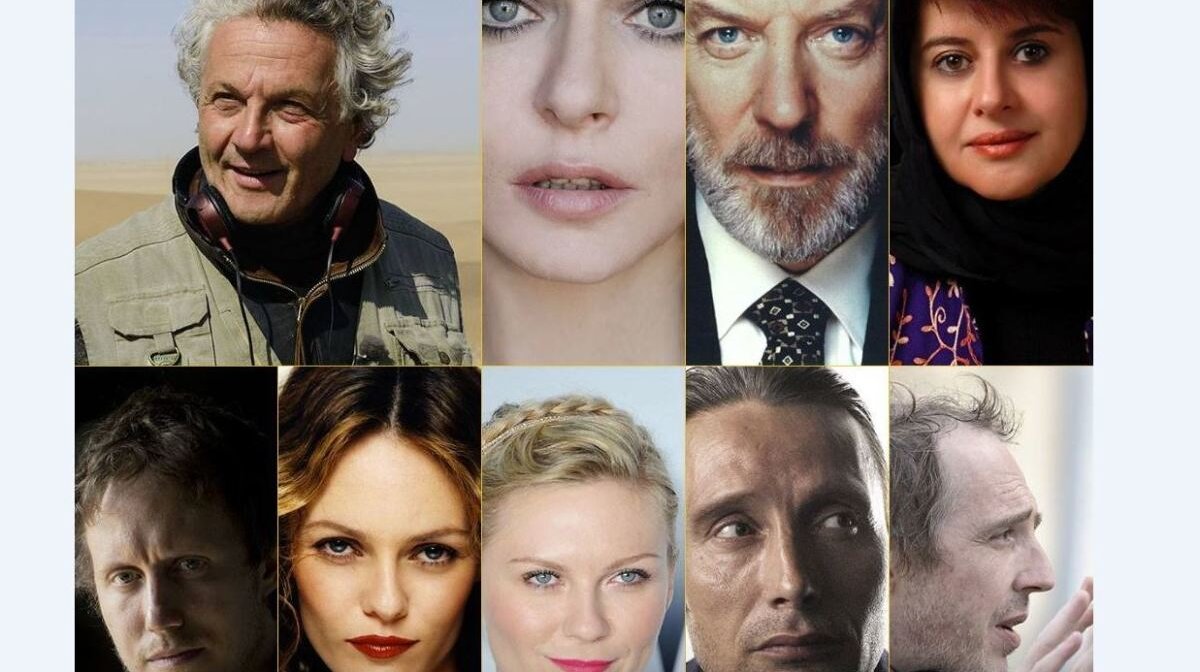 In true Cannes style the jury is comprised of an eclectic mix of shining stars from the world of cinema, and they now take on the task to judge the films that were announced on the 14th April 2015.

The role of president was announced back in February when Mad Max director George Miller was selected as the first Australian president of the jury. Miller is no newcomer to the red carpet of Cannes, having served on the jury back in 1988, under president Ettore Scola and in 1999 under David Cronenberg.

The same can be said for several of his jury members who are certainly not newcomers to the world of cinema or to Cannes. One of the most respected and prolific actors in Hollywood Donald Sutherland will serve on the jury alongside actress Kirsten Dunst who began her acting career at the tender age of 11, some 22 years ago. The other actor to join them is Mads Mikkelsen from Denmark, well known for his role as Le Chiffre in the James Bond film Casino Royale.

Acclaimed French director Arnaud Desplechin will sit alongside Hungarian writer and director László Nemes and Valeria Golino, an actress, director, producer and writer from Italy. Iranian producer Katayoon Shahabi, who runs Sheherazad Media Internations (SMI) - one of the most important private companies active in the worldwide distribution of features, documentaries and co-production with foreign companies - will also be joining jury.

French actress and singer Vanessa Paradis rounds off the jury bringing with her an international career that spans nearly 30 years.

The Jury comprises four women and four men around George Miller. Their task will be to decide between the 21 films in Competition in order to select the winners – to be announced on stage at the Closing Ceremony on Sunday 22nd May. The film awarded by the Palme d’or will be screened this same evening, in the presence of the Jury and the entire team of the winning film.