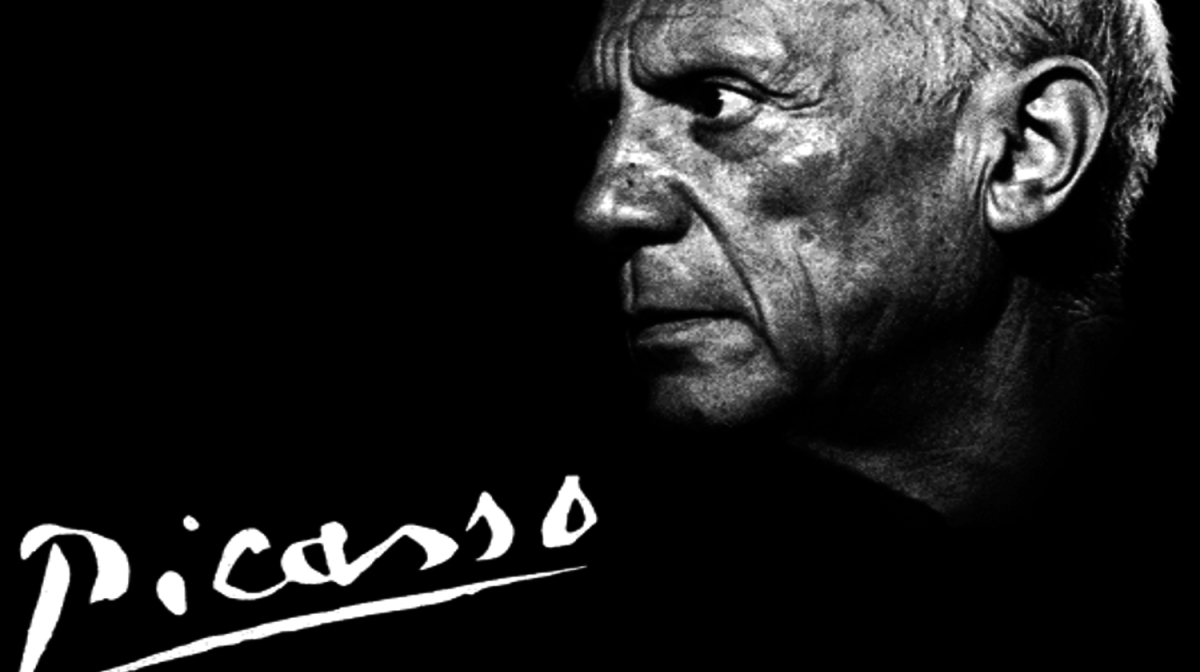 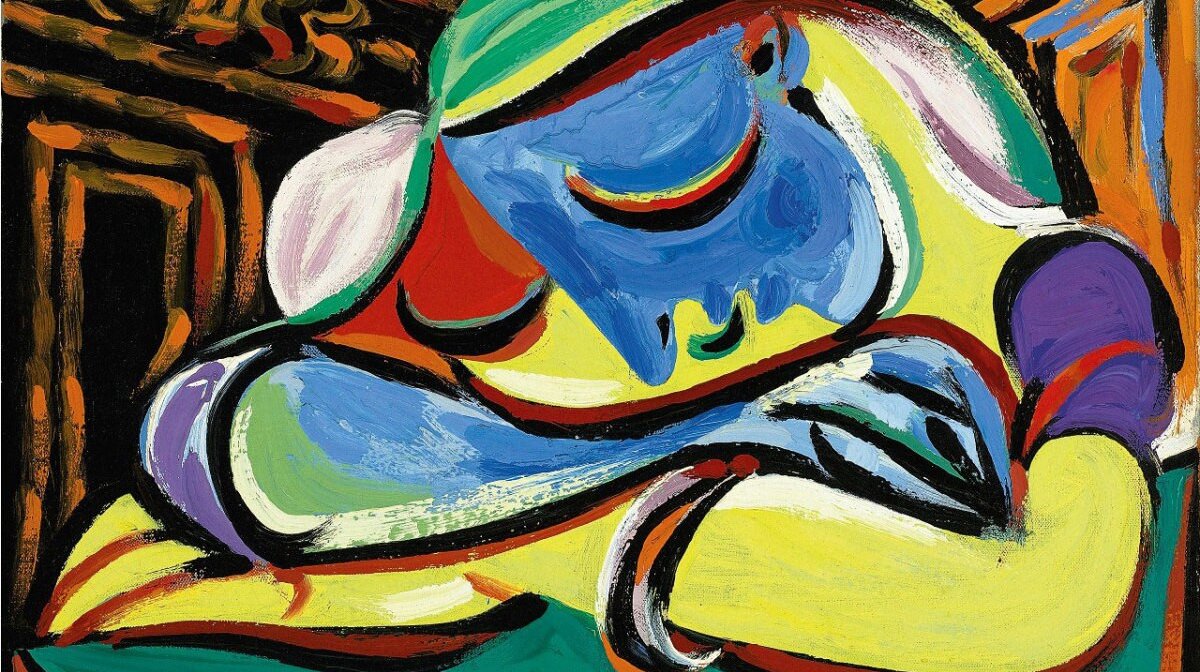 Although not born here, Pablo Picasso spent a lot of his life in Antibes. He felt particularly inspired whilst he was visiting the town and eventually bought a large house in Antibes and several others along the Cote d'Azur. As a result, there is a museum dedicated to him and his work in a chatueaux where he used to rent a room as a young and aspiring artist.

Over 40 years since his death during a dinner party, Picasso’s presence is still felt everywhere on the French Riviera. The menu at the beach club Paloma proudly tells you that Pablo Picasso was a loyal patron; local clothes labels announce that the great Picasso chose to wear their clothes. The Picasso museum stands tall in its tower upon the ramparts of Antibes and art lovers queue to see his famous ‘War and Peace’ fresco at the church in Vallauris.

The Spaniard was born in Malaga in 1881, but moved to Paris to further his work. Things were not easy at the beginning, as he fought hunger and cold in a grim shared flat, even burning his work on the fire to keep warm. War arrived and darkened the world, and at its end he would move down to the South, to the light and the colour and the women that would transform his work, bringing playfulness and vibrancy after his sombre Blue and Rose periods. He would live on the Riviera from 1946 to his death in 1973, creating not only the Cubist paintings that he is so famous for, but also thousands of ceramics, sketches, filings, castings, sculpture and collage.

The Spaniard was an immensely prolific artist, creating more than 50,000 works in his lifetime. His colossal contributions have made him one of the most owned and most sought after artists of history, with his painting Women in Algiers recently selling at a Christie’s auction for $179.3 million - making it the most expensive painting art sale of all time.

And of course, what people can’t own, they can always be tempted to steal. In 2016, an elderly couple living in Mouans-Sartoux were convicted of ‘concealing stolen property’- a whopping 271 pieces of Picasso’s unsigned work, which they’d been hiding in a cupboard for 40 years. They protest their innocence, saying they were given as a gift by Picasso’s last wife Jacqueline - which of course still fails to explain why they hid it in a cupboard for four decades.

Other Picasso works have gone missing on the Riviera, most famously the art theft of Dora Maar from a Saudi Arabian-owned yacht called Coral Island, that was docked on ‘Millionaire’s Quay’ in Antibes in 1999. (You can often still see the yacht sitting on the dock there, as the owner has bought the lease for the berth for 20 million euros.) Interpol suspected the yacht’s crew of an inside job on behalf of a rich patron, but the painting was never found and is no doubt sitting on a wall in a secret room somewhere, part of one deeply self-satisfied person’s private collection.

Bizarrely, Picasso was once a suspect in an art theft himself. The painting in question? None other than the Mona Lisa herself, when Da Vinci’s masterpiece was stolen from the Louvre in 1911. Picasso was brought in for questioning as his passion for the painting was well-known, but he was eventually exonerated.

Because Picasso created so very much and lived so flamboyantly, he has left traces of his life and work behind everywhere along the Riviera. When he arrived in the south in 1946, he initially lived and worked in the Chateau Grimaldi – that tremendous building on the ramparts of Antibes where the Picasso museum is now housed. He is said to have been deeply happy in this time, looking out to sea and creating works full of exuberance and playfulness. On his departure, he donated 23 paintings and 44 drawings, including his well- known work, La Joie de Vivre, which can still be seen there today.

In 1948, he moved to Vallauris, where he began a phase of ceramics, creating more than 4000 in the Fournas workshop. Interestingly, the owner of the workshop bemoaned that ‘someone who works like Picasso would never get a job.’ His most famous legacy of his time in Vallauris is the extraordinary fresco he painted for the ancient chapel, called ‘La Guerre et la Paix’- War and Peace. The church is now a museum and the wonderful piece is easily accessible for all, and you can also see his sculpture L’homme au Mouton in the village square.

Picasso was by then a very wealthy man, with exhibitions in New York and Gertrude Stein as his patron. He soon purchased a grand villa in Cannes called La Villa Californie, and the villa’s tremendous sea views are credited with bringing a revived buoyancy to his work. The villa, now called Pavillon de Flore, is currently owned by Picasso’s granddaughter, Marina Picasso, who held an exhibition of his work there in 2013 to mark the 40 year anniversary of his passing.

After a time in Château de Vauvenargues near Aix en Provence, Picasso moved to his final home in the medieval village of Mougins. He lived there with his final wife, Jacqueline Roque, working on pieces that were initially dismissed as being works of an artist past his prime but were later identified as the front runnings of Neo-Expressionism. You can see some of Picasso’s work at the Mougins Classical Art Museum, as well as photographic portraits of the artist and his working life at the Photography Museum.

Picasso’s personal life has always been almost of as much interest as his paintings. A notorious philanderer and enjoyer of young women, Picasso had several wives and many more mistresses and muses. His final wife, Jacqueline, refused to let his children from other marriages attend his funeral, and much resentment still publicly seethes within the family, particularly in regards to the vast inheritance. Jacqueline, lonely and grief stricken after Picasso’s death, killed herself with a shotgun 13 years later. Picasso was also a communist, although he reportedly said of it to his friend Jean Cocteau "I have joined a family, and like all families, it's full of shit".