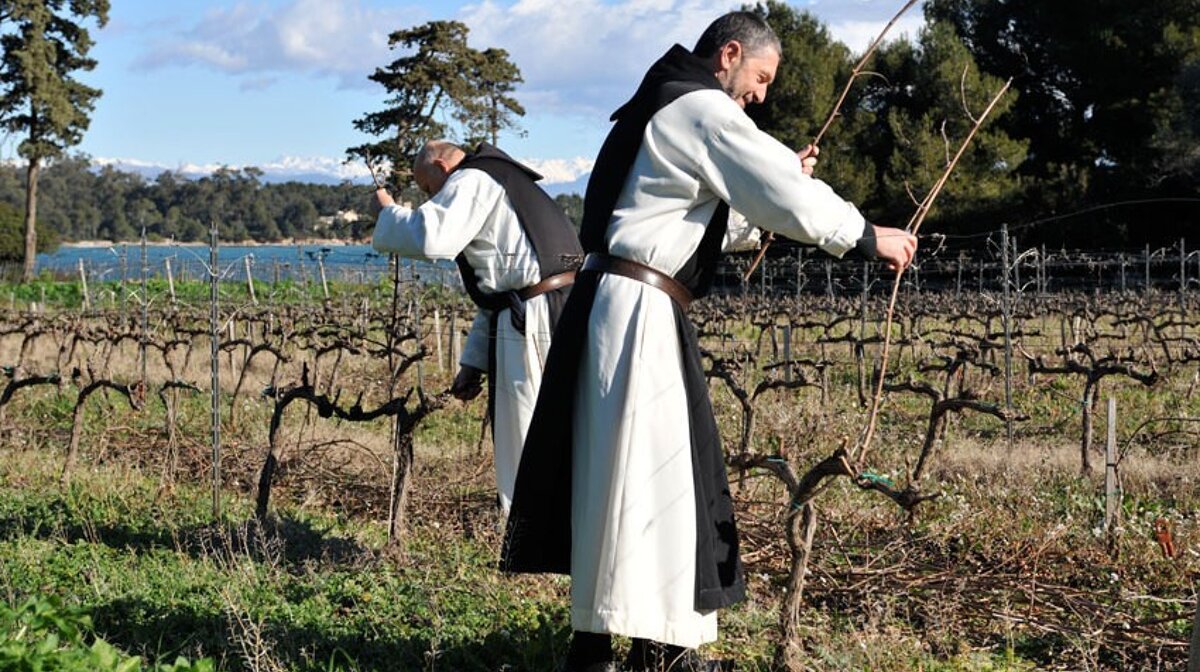 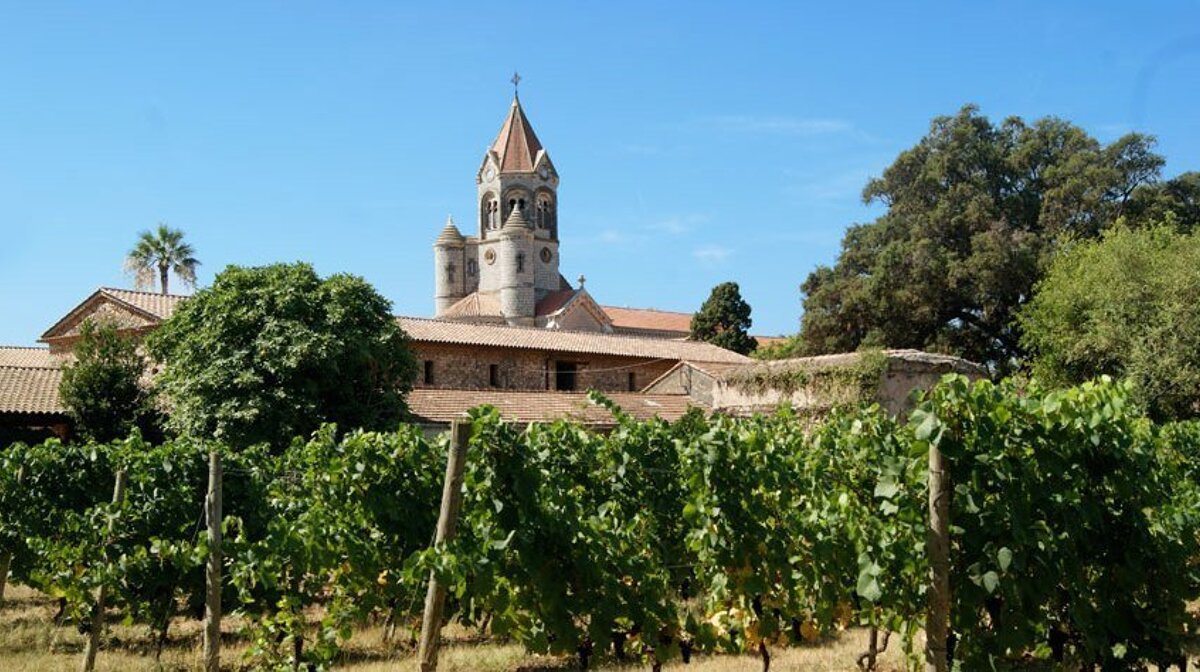 Today, 21 Cistercian monks live on the island continuing the monastic tradition and live modestly whilst undertaking the production of wine and spirits.

The vineyard itself dates back to the Middle Ages, although it is believed to have existed previously for the purposes of the Eucharist. But it was not until the 1990s that the vineyards were revived professionally.

The archipelago of Lerins consists of sedimentary rocks, mainly limestone and dolomite (magnesium-rich marine rock, which helps maintain the neutrality of the soil). On the surface, the rock is covered with a red clay soil which can be between 30 & 120cm thick. A natural source of freshwater directly from the Alps prevents vine water stress.

Located in the central part of the island, it covers a little over eight hectares. Five are dedicated to the red wines and three to white wines. The vines themselves range from 12 years to 40-60 years old. Numerous varieties of grapes are grown including for the red wine: syrah, mourvèdre and pinot noir and, for white, chardonnay, clairette and viognier. Every year, they produce around 32,000 bottles.

They offer wine tastings and tours of the vineyard every first Friday of the month at 11:30, 12:30 and 13:30, including a return trip from Cannes, a 15-minute guided tour and tasting of the Saint Pierre and Saint Honorat wines – tickets can be purchased online. They also organise bespoke tours for groups of 15 people or more, please enquire directly using the button.

For the sake of preserving the balance of the island's ecosystem, the Community of monks use no herbicide and salt deposited by the sea breezes also allows natural cleaning. Each year, the grapes are pampered, trimmed, de-budded and harvested entirely by hand.

The Abbey itself is also a fascinating collection of chapels and other buildings that you can explore. You are also welcome to take participate with the monastic community if this is something you are interested in.