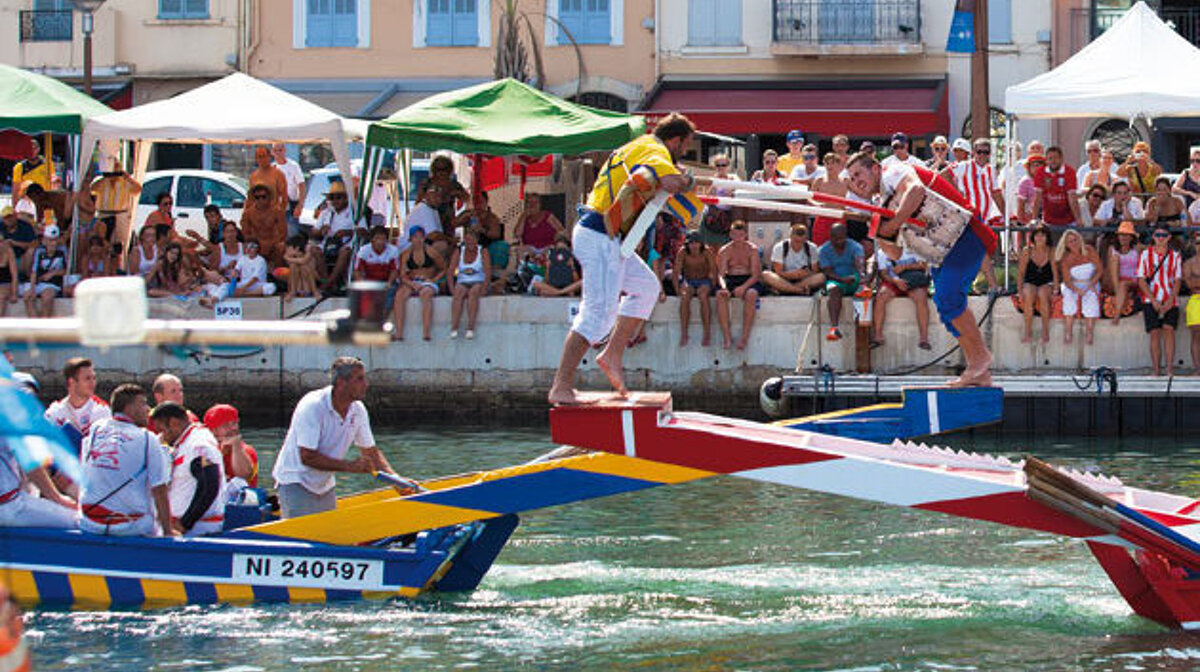 A 'joute' is a sport practised in France, Germany and Switzerland which (in this case) consists of a confrontation between two combatants standing on opposing rowing boats.

In order to win, one has to knock their opponent into the water using a spear. Think "It's a Knockout" medieval style!

Evening entertainment at the Quai Saint-Pierre.