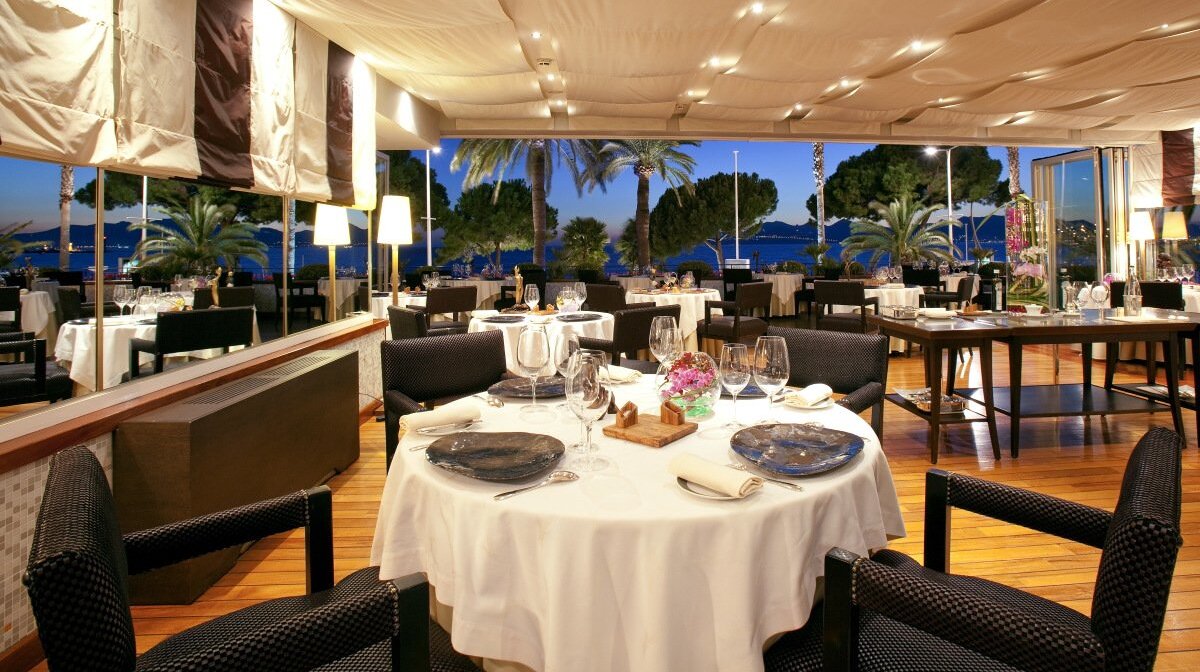 The beginning of February is a tense time for restaurants, especially those with Michelin stars or those hoping to gain one of those much sought after stars.

Happily, for the gourmets, foodies and tourists of Cannes, they have several Michelin star restaurants, including the 2-star restaurant, the sumptuous La Palme d'Or restaurant which is situated within the luxury Grand Hyatt Cannes Martinez Hotel on the Croisette. La Palme d’Or, represented by Chef Christian Sinicropi has been awarded 2 Michelin stars by the Michelin guide for the 25th year in a row. Also retaining their 1 Michelin star is the equally chic and luxurious establishment of Le Park 45 restaurant in Le Grand Hotel Cannes.

Travelling a little further from Cannes to neighbouring Antibes you will also find that this town has four Michelin star restaurants. Les Pecheurs on boulevard du Marechal-Juin in Juan-les-Pins, Le Figuier de Saint Esprit on promenade Amiral de Grasse, La Passagère in Hotel Belles Rives in Juan-les-Pins and Bacon on the Cap d'Antibes. Worth the short journey along the coast to try these ones as well...

For more fine dining option and Michel star restaurants then have a look at our fine dining guide, where we have selected the very best places to eat in and around Cannes.