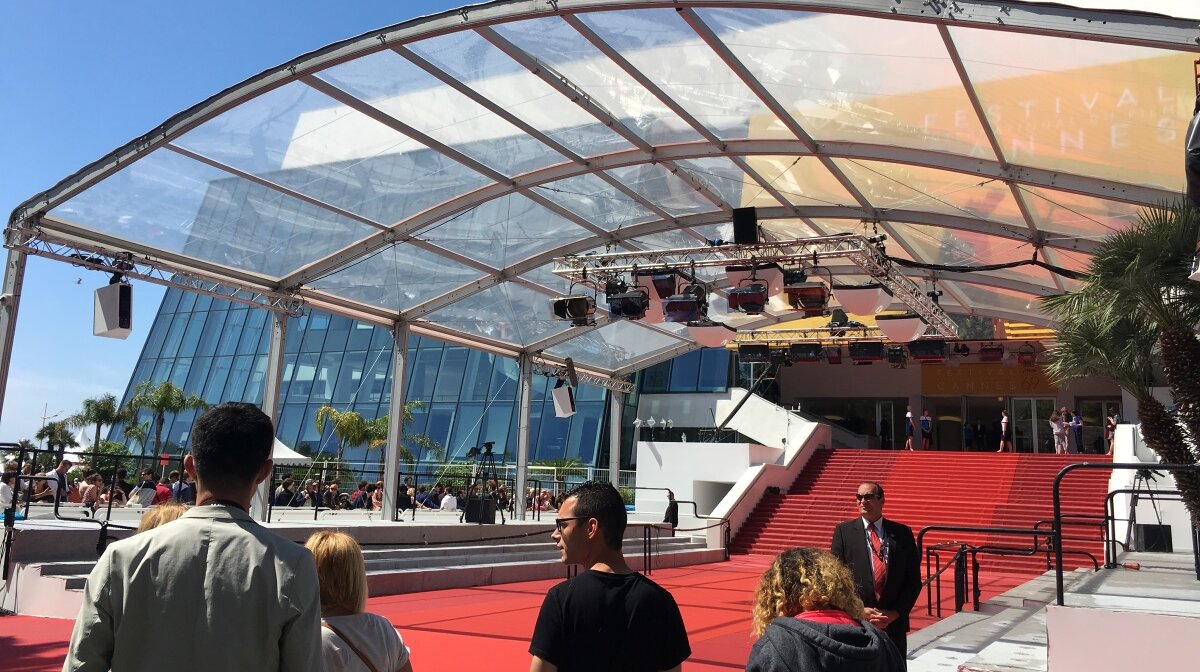 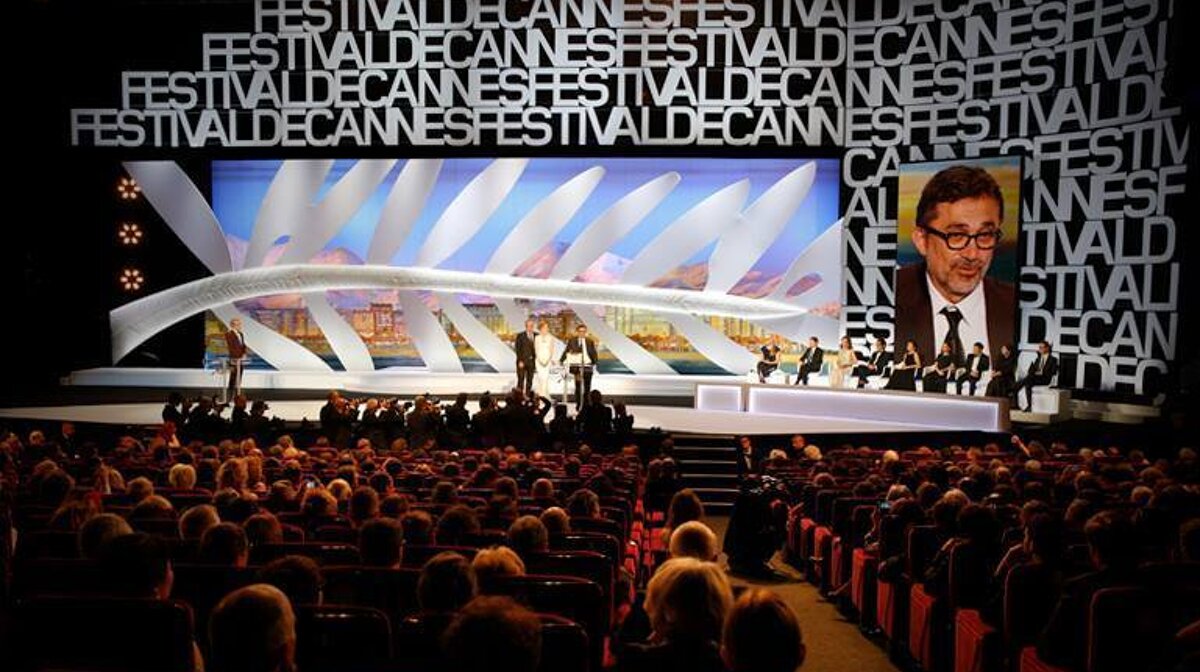 The world-famous Cannes Film Festival needs little introduction. Film stars, directors, producers, models and a whole host of people associated with the film industry descend on Cannes in May to attend this glitzy festival.

Essentially a networking event for film professionals, it attracts many film premières and awards the prestigious Palme d'Or to the Best Film.

Members of the public are not allowed to attend the official film screenings, however, an open-air cinema is set up on the Plage Mace showing a different film every evening - tickets for these screenings can be obtained from the tourist office.

Whilst the festival is invite only, since 2012, the opening film has been released in French cinemas on the same day as its screening at Cannes and the opening ceremony is broadcast in cinemas, enabling audiences to experience the Festival live.

The Cinéma de la Plage screens a different film each night, often in the presence of prestigious guests - these open-air screenings are open to everyone.

The festival takes place throughout Cannes, but the main venue since 1983 has been the Palais des Festivals et des Congrès, or the 'Bunker' to those in the know. The cinema halls feature a 2,400-seater Grand Théâtre Lumière and a 1,000-seater Claude Debussy auditorium. The film 'marché' has over 2,000 exhibitors and 600 daily projections.

The history of the film festival dates back to it's first official year, 1946, but it's roots were planted a few years before. In 1937, The Venice Mostra (the first international competition dedicated to the film world), allowed Mussolini to ensure a French pacifist film would not win, and in 1938, again the jury were manipulated and awarded a Nazi propaganda film and an Italian war film awards. Outraged members from democratic countries including France, the United States and Great Britain left the festival vowing never to return, and on his journey back to France, Frenchman Philippe Erlanger decided to create a rival film festival free from pressure and constraints.

The choice of venue was initially muted as Biarritz, but Cannes eventually won through. The festival was set to open on 1st September 1939, and the jury would represent all participants and nations in the spirit of artistic objectivity and absolute impartiality. France invited all film-making countries, including Germany and Italy, however the two declined. Unfortunately the festival would not launch in 1939, as Germany invaded Poland and war was declared in Europe. Films set to be entered for competition that year remain famous today, and included such works as The Wizard of Oz, Union Pacific, Only Angels Have Wings, Lenin in October, and The Four Feathers.

It was not until 1946 that the first Cannes International Film Festival finally took place. Revelling in the post-war atmosphere there were a host of events that hadn't taken place for many years. There were fireworks, torchlit parades, promenades, air displays, fashion shows, and attendance from some of the greatest names in cinema including Roberto Rossellini, Walt Disney, Billy Wilder, George Cukor, David Lean, Jean Renoir and many more.

Throughout the fifties, despite the tense political climate which affected many of the films entered for selection, the festival continued to attract celebrities such as Kirk Douglas, Sophia Loren, Grace Kelly, Cary Grant, Gina Lollobrigida, and Pablo Picasso.

In the sixties, film industry professionals began attending to network and the Festival took on a role in promoting the film industry.

Throughout the seventies the Festival added more awards and other film categories were encouraged. In 1978 stars of the day were invited to the jury, the duration of the event was shortened as were the number of films 'out of competition'.

In the eighties the Festival became determined to seek out new talent from across the world and the selections began to feature countries such as the Philippines, China, Cuba, and Argentina among others, seeing the rise of new talents such as Alain Corneau, Stephen Frears, Lars Von Trier, Spike Lee, Jim Jarmusch et al...

Following a boycott in the nineties by some of the big American players, independent cinema from America gained a foothold in Cannes. The Festival continued to select films that portrayed history or current events such as La Haine by Mathieu Kassovitz, Jungle Fever by Spike Lee, and Welcome to Sarajevo by Michael Winterbottom.

The new millennium saw the Festival look to support film and professionals throughout the word, becoming increasingly aware of the importance of renewal and technological advances. The Marché du Film continued to expand and the Village International was created.

In 2017 the Festival celebrated its 70th season with a role call photo opportunity of previous winners, presidents and members of the jury.

Since Covid swept the world, the Festival has worked to further reinvent itself to respect the government measures, for example the Marché du Film took place online and a unique selection of films travelled the globe to various festival and film events as they took place.

Over the years Cannes has seen its fair share of press attention with showbiz scandals and high-profile love affairs. Recent scandals including 'heelgate' where numerous female attendees of a red carpet event were prevented from entering for wearing flat soled shoes. This incident caused a number of female celebrities to wear flat soled shoes or no shoes at all to other red carpet events in a show of solidarity.