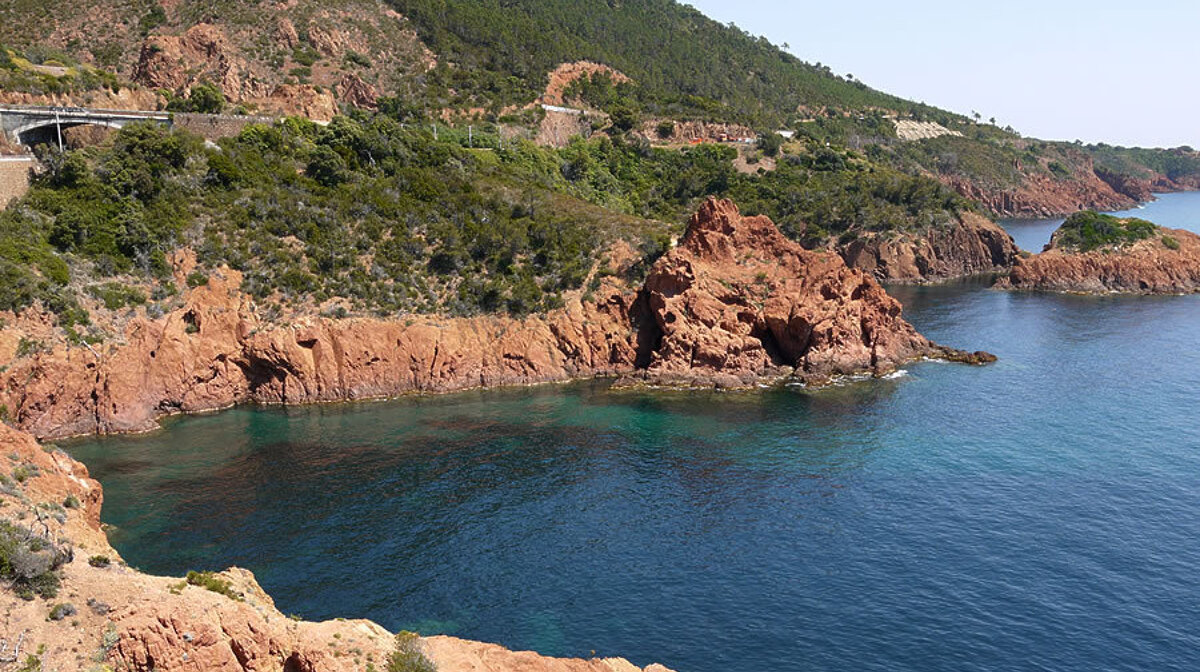 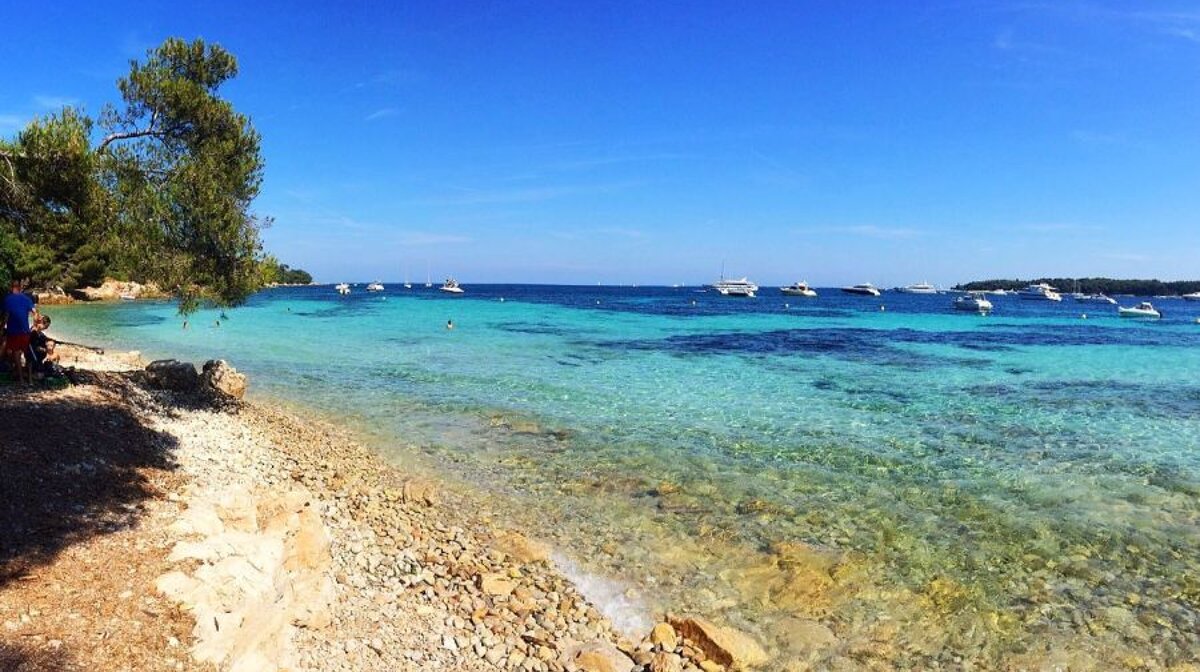 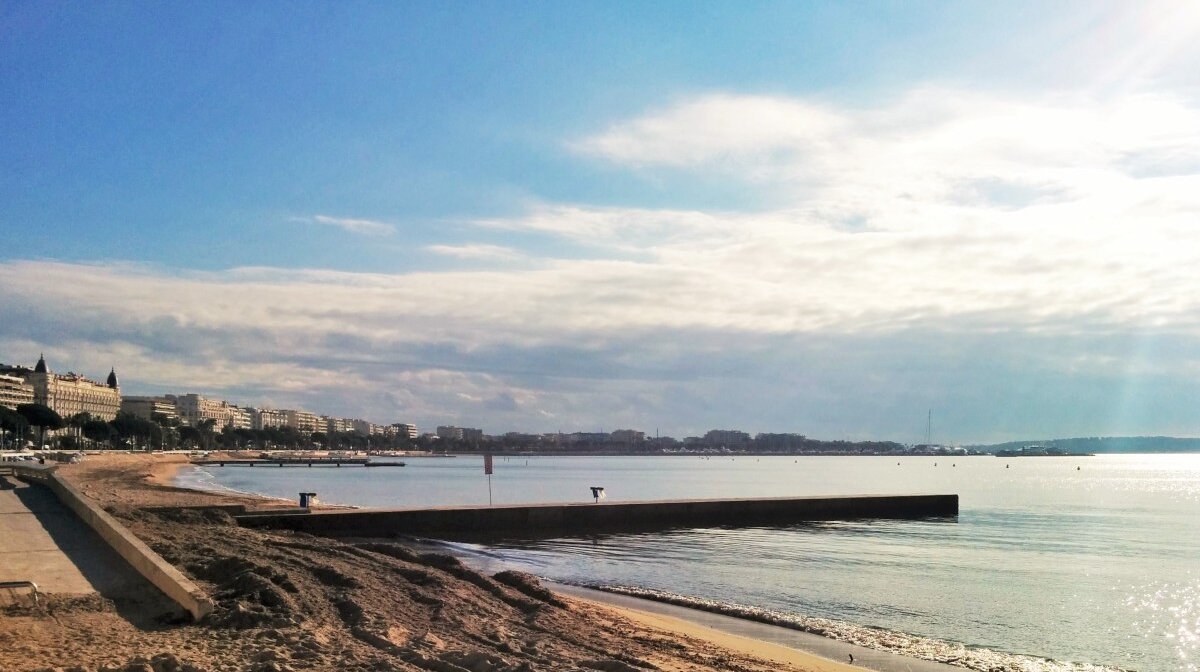 Red rocks plunging into the sea

It’s not called the Côte d’Azur for nothing; this glimmering blue coastline is one of the Mediterranean’s prized gems tourism-wise and for its authentic, raw beauty. Let us take you on a walking tour of some of the best and most beautiful coastal paths, both the glamourous and the natural.

Glamour on La Croisette in Cannes

What would Cannes be without its international renowned promenade; the red carpet of stars and the glitterati for many decades? Part of France’s ‘cultural heritage’, it offers non-stop views of some of the finest hotels and designer shopping establishments in the city (if not in the whole Riviera) as well as exclusive beach bars, chic lounge areas and Cannes’ iconic white, sandy beaches. Offshore, dozens of some of the world’s largest and most impressive super yachts languish in the Mediterranean sunshine and the jet-set speed along the shore on jet-skis and high-powered speedboats.

Lined with the classic French Riviera palms - the emblem of the city and its world-famous Cannes Film Festival - this golden seafront walk runs the entire shoreline of Cannes and is around two kilometres in length. Public buses frequently drive parallel to La Croisette so should you feel too tired to return the way you’ve come, you can hop onboard a bus for as little as 1.50€. It is a must-see if you are visiting the area for the first time. 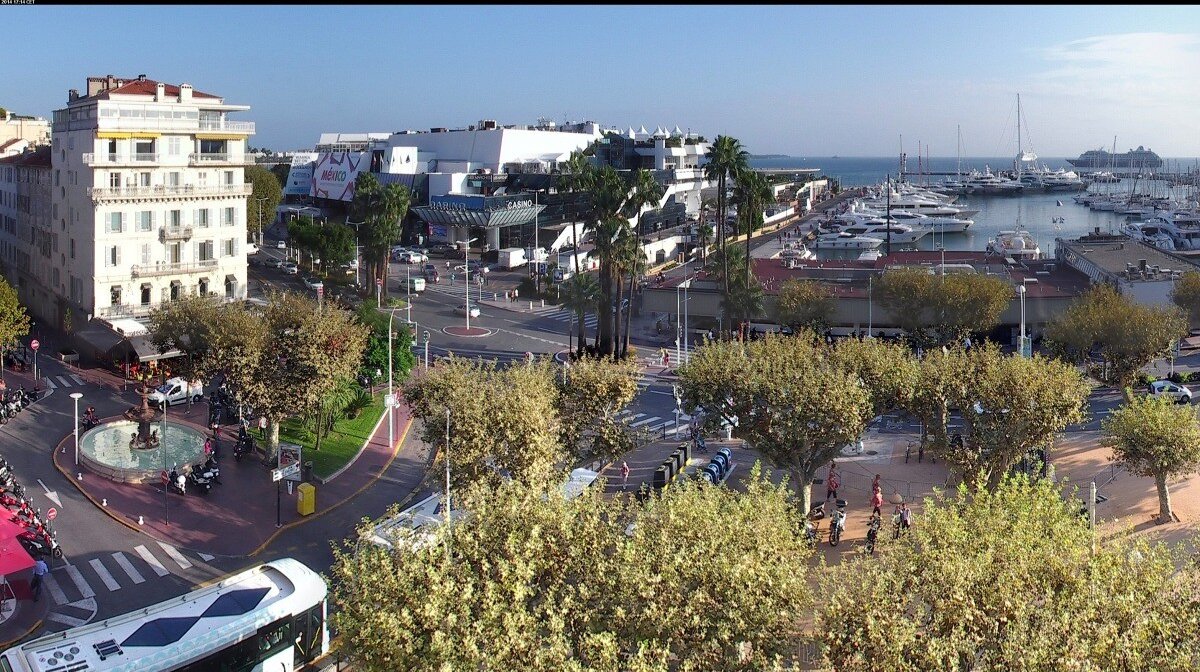 Jewels on the horizon, an oasis on the sea; the Lerins Island have long held a special place in the hearts of people living on the French Riviera and their unique geology and location just off the coast of Cannes has been attracting interest as far back as the Roman period.

Much of Île Sainte-Marguerite’s heritage is tied to its infamy as the prison fortress where the mysterious Man in the Iron Mask was held captive during the late 17th century. While there may be no new clues to his true identity, visitors can explore his cell in the fort (now called the Musée de la Mer) as well as the many other treasures on show that have been discovered in shipwrecks dotted around the island over the years, such as Roman and Saracen ceramics and other ancient artefacts. The rest of the island is a paradise of eucalyptus-lined avenues and beaches, both of the pebbled and sandy kind. You can crisscross the island on well-guided paths or indulge in a full tour of the island’s shoreline, which is roughly a two hour trip.

Further to the south is the other ‘large’ island: Île Saint-Honorat. Cistercian monks have been living here for a staggering 1,600 years and once owned much of the French Riviera and neighbouring Italian provinces, although that time is now long gone as reflected by the crumbling 11th century monastery. Today the monks live a peaceful life and, while they may not be as profitable as they once were, between prayer they produce a range of classic Mediterranean products such as honey, oils and liqueurs. Their shining star is an exceptional collection of red and white wines, which have been enjoyed by world leaders at G20 summits. Visitors to the island can purchase these wines, but be wary of their hidden strengths - many of the wines are between 14 and 15% alcohol!

Ferry trips leave regularly throughout the day from Cannes’ Vieux Port and it is only a 30 minute trip from the cosmopolitan city to the tranquillity of these illusive islands. 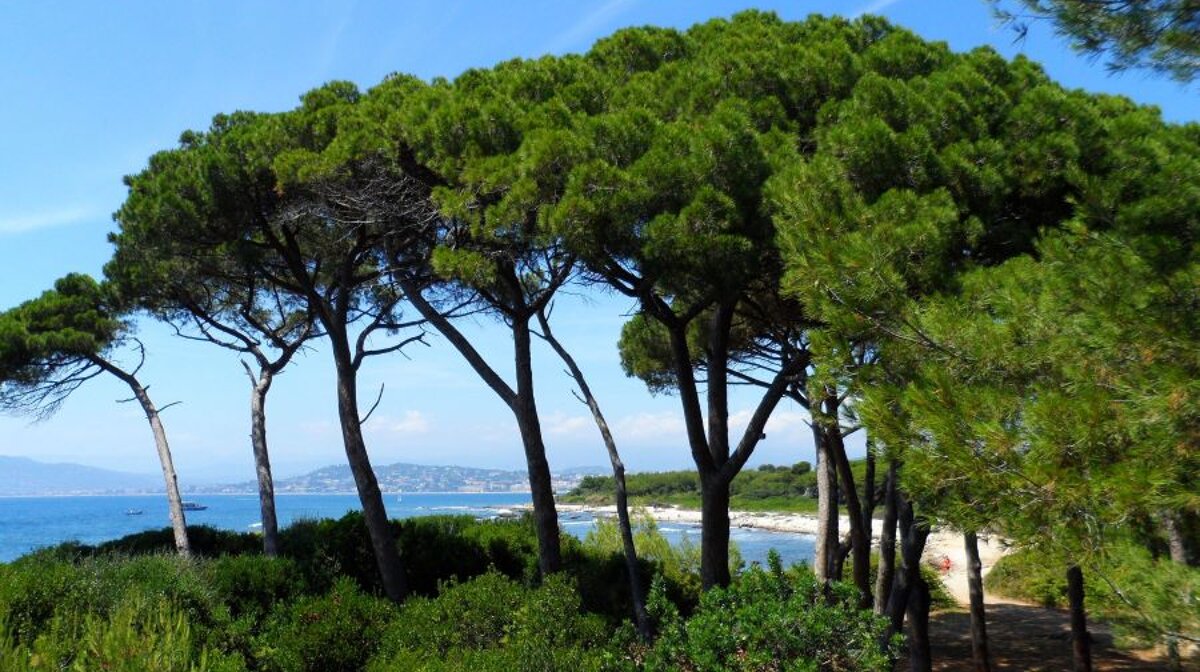 Found on the most western edge of the Alpes-Maritimes at Theoule-sur-Mer is the beautiful park of La Pointe de l’Aiguille. From the Corniche de l’Estérel, take the small pathway to discover the extreme natural beauty of the area, with red, rocky crags plunging into the crystal waters of the region and native bushland clinging to the steep cliffs.

There are four little coves and bays here, which all offer exceptional snorkelling, but beware of urchins underfoot… You can pick up a waterproof map from the tourist office that will take you on an exciting underwater journey of the different marine habitats below the shoreline, but flippers or sea shoes are recommended as the map doesn’t track these spiky creatures everywhere they go!

The entire walk from the town of Theoule up to the hill-crest that owns panoramic views of the Golfe de la Napoule is around five kilometres and varies in steepness so be prepared for a little sweat, particularly during the humid months of summer. 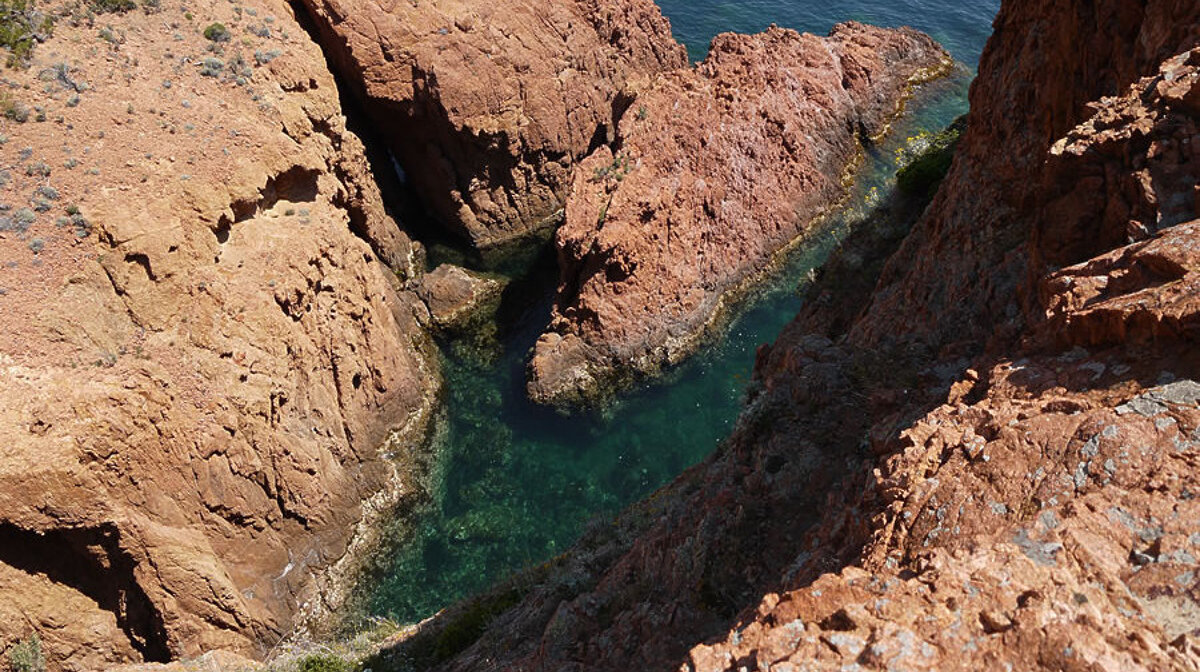 Regardless of whether you prefer a coastal path, a hilltop hike or a city stroll, there is plenty of walking to be done in and around the wonderful city and beautiful coastline of Cannes. Make sure you check out our Hiking & Walking Guide before you go, and have a look at some of our favourite routes in the area.